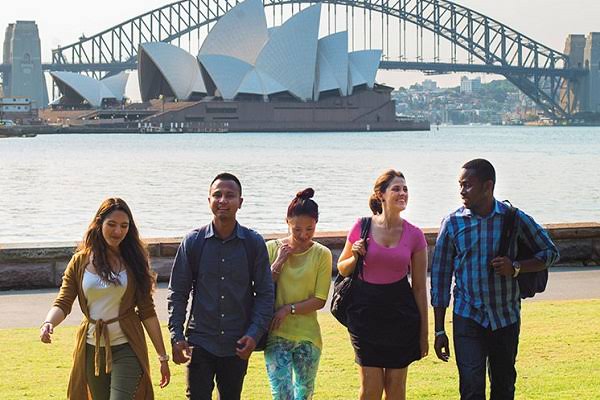 The Australian government has flagged shorter quarantine intervals for international students and business travelers as part of the measures to reopen the country to international tourism.

The Country’s minister, Greg Hunt, on Sunday, confirmed that modifications to the existing mandatory two-week hotel quarantine could be enacted in addition to travel bubbles with safe countries, such as New Zealand, which would not require quarantine.

This move is coming amidst the uproar by relevant stakeholders on the controversial 14days quarantined period for tourists in the United Kingdom.

The Sunday Telegraph reported the Coalition was considering halving quarantine times to one week for countries with low rates of Covid-19 infection, including Singapore, Japan, Hong Kong, and South Korea.

Asked about the report, Greg Hunt told ABC’s Insiders the government would “overwhelmingly be guided by the medical advice”.

“There are two pathways on international [arrivals] – one is to use our quarantine system with international students and appropriately with people who are delivering national benefit whether it is in business or other areas,” he told ABC’s Insiders.

Secondly, is where we can have a safe relationship with another country … and New Zealand’s at the top of the list, having a non-quarantine approach which will open up borders.”

Hunt explained there was “a bit more work to be done” but the pathways are likely to be available “once our domestic borders are opened up”.

Labor’s health spokesman, Chris Bowen, however, warned that Australians would not accept “a separate set of rules for business people, for some other others”.

“The border closure is an important part of the response to Covid-19 and any move away must be based on medical advice,” he said. “I’m reluctant to see separate rules for some when it comes to quarantine.”

The trade and tourism minister, Simon Birmingham, told Sky News the government was doing “a lot of contingency work” on scenarios to reopen “all parts of the economy”.

“And of course contingency work occurs in relation to think about how – when the circumstances allow and the health advice permits – we might open up further to other safe countries in the region.”

Birmingham praised the South Australian government for nominating 20 July as the date it will reopen its borders and the Queensland government, which has said it intends to reopen on 10 July.

He told Sky News the government “hopes to see progress on [the trans-Tasman travel bubble] as our states and territories now hopefully move to dismantle their state borders and give New Zealand confidence to open up to Australia”.

Birmingham said it was not possible to “put a firm date” on the trans-Tasman travel bubble opening, citing the fact it would require agreement from New Zealand and further work to prepare airports for arrivals.

On Friday the national cabinet agreed to a pilot to allow international students to come study at approved institutions from as early as July, but student numbers could be hit by warnings from the Chinese education ministry to reconsider travel to Australia.

Bali reopens to tourists from 19 countries but with riders

India set to reopen for foreign tourists from 15 October